World at War 39 - France fights on 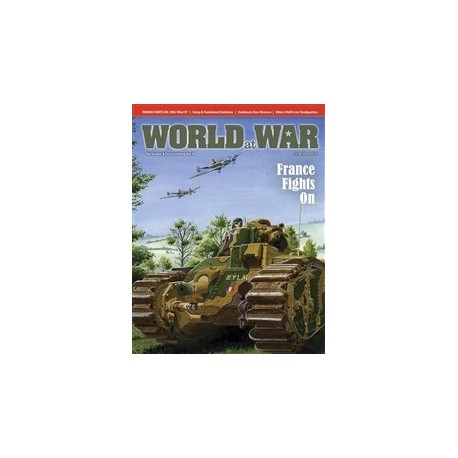 in this World at War magazine you will find historical articles and the wargame France fights on with die cut counters.

More info about World at War 39 - France fights on

France Fights On. This alternative history wargame examines the strategic and operational possibilities inherent in the campaign that would’ve occurred within France in June 1940 if that country’s government had resolved not to give up, as was the case historically. The assumption is that they instead chose to evacuate as much of the French Army as possible to France d’Outre Mer (Algeria). The resultant campaign, then, is one of strategic retreat and pursuit. The German player must try to destroy as much of the evacuating French force as possible, while keeping his own losses to a minimum in doing so.

Both sides’ orders of battle are entirely historical. The game length is held to only one month because, had the Germans not triumphed in that amount of time, the delay thereby caused to their plans for the next year would’ve then amounted to a major defeat in itself in the wider war.

Each game turn represents two days. Each hex represents eight miles (13 km) from side to opposite side.