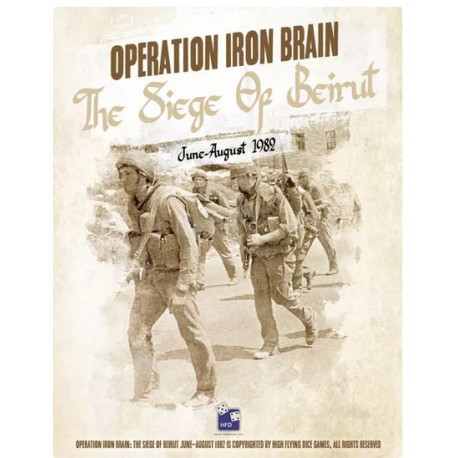 Operation Iron Brain is an historical simulation of the Siege of Beirut, June-August, 1982.

For over a year the Palestinian Liberation Organization (PLO) had bombarded Israel’s northern province of Galilee with artillery and rocket fire. On June 6, 1982 the Israeli military invaded southern Lebanon in an operation dubbed “Peace for Galilee”. The Israeli Defense Forces (IDF) quickly defeated the PLO’s armed forces and drove north. Although the declared aim of the Israeli offensive was to clear a 40 kilometer “buffer zone” along the Lebanese/Israeli border, Israeli Defense Minister, Ariel Sharon, was determined to eradicate the PLO once and for all, and hopefully kill its leader, Yassir Arafat. With new orders the IDF crossed the Litani River and drove on Beirut where the remnants of the PLO’s forces were retreating, and where most of their refugee camps were located. What ensued was an escalating conflict that threatened to engulf the entire mid-east once more in conflict and bring Lebanon to the brink of abyss of genocidal civil war.

Each copy of Operation Iron Brain is composed of the following:

Armor and Infantry (Militia, Regular, Heavy Weapons) units are all Battalions. Airborne and militia units are companies. A hex on the map is about a half mile across. Each turn represents two weeks of time. The game is designed by Paul Rohrbaugh and features graphics by David Gomez Prieto. 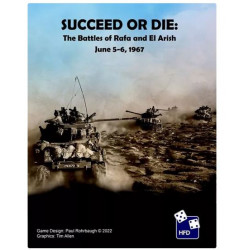 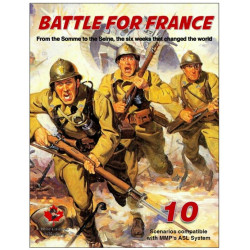 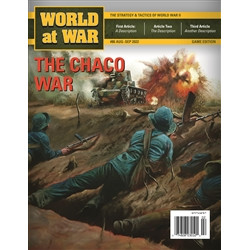