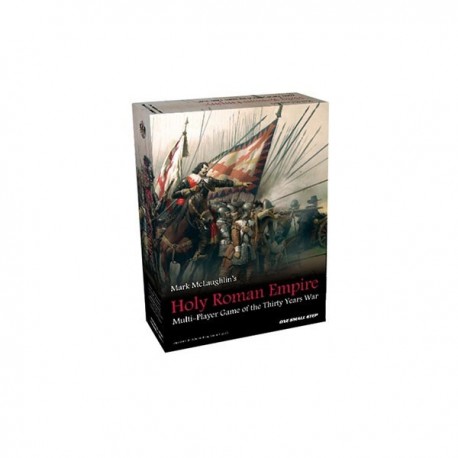 Holy Roman Empire is a political and military game of the 17th Century struggle for empire that plunged Europe into one of its longest and most destructive wars. Up to six players control the major dynasties of the era, fielding armies, navies, and engaging in diplomatic intrigue, bribery decide who will wear the crown of the Holy Roman Empire.

The year is 1619. Matthias, emperor of Germany, has gone to his grave. A year-old rebellion in the imperial province of Bohemia had divided the empire along religious and political lines. Bohemian rebels have elected a minor German prince, Frederick, elector Palatine, as their king. Protestant princelings rally to Frederick, elevating his status to that of a rival to Em­peror Ferdinand II, Archduke of Austria, for the imperial throne. As mercenary armies are raised against Ferdinand, the Catholic King of Spain and Duke of Bavaria rally to his side. France and Sweden turn their attention to Germany in eager anticipation of the dismemberment of their great rival, the Holy Roman Empire.