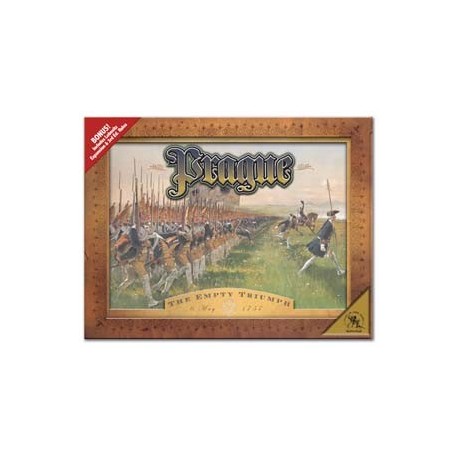 PRAGUE - The Empty Triumph is volume VII of The Battles From The Age of Reason and continues the course of the Seven Years War in Europe.

On May 6, 1757 King Frederick II of Prussia sent 65,000 men on a maneuver to turn the right flank of 62,000 Austrians strongly deployed along a ridge east of the city Prague under the command of Prince Charles of Lorraine. Both sides were poised for for a battle which would be the largest of the war.

Although the battle clearly was a Prussian success the victory fell short because Prague succesfully withstood the enemy siege until June 16 when Marshal Daun's Austrian relief force dealt Frederick his first defeat on the rolling hills near Kolin.

PRAGUE allows players to explore all aspects of the batlle with multiple scenarios.

As a bonus this game includes the Lobositz Expansion map.