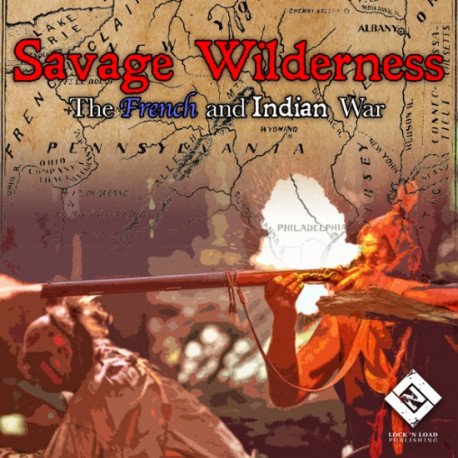 More info about Savage Wilderness - The French and Indian War

One of the key aspects of this conflict was control of the two rivers that served as critical trade routes for both nations, the Allegheny and Monongahela.

Designed by Bill Molyneaux, Savage Wilderness provides gamers with a fast-playing, introductory-level wargame covering twelve engagements of this war, including alternate variants for you to explore. Using easy to understand rules, each scenario is designed to be played in about an hour. Special scenario rules expand the experience further, bringing unique flavor and mechanics specific to each engagement while staying historically correct.