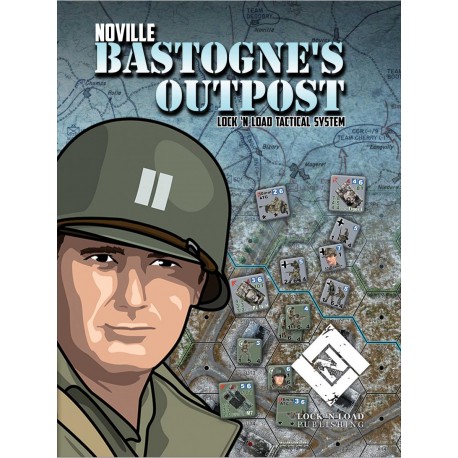 Lock 'n Load: Noville -Bastogne's Outpost is an expansion to Band Of Heroes that depicts the intense fighting for the small town of Noville. Located northeast of Bastogne, Noville was defended by Team Desobry, straggers from a handful of shattered American formations, elements of the 506th Parachute Infantry Regiment of the 101st Airborne Division, and a handful of M-18 Hellcats from the 609th Tank Destroyer Battalion. This patchwork quilt of men and machines held Noville for two days against the onslaught of the German's 2nd Panzer Division and 26th Volkgrenediers.

This game is NOT a complete game. You must own Heroes of Normandy to play Noville -Bastogne's Outpost.