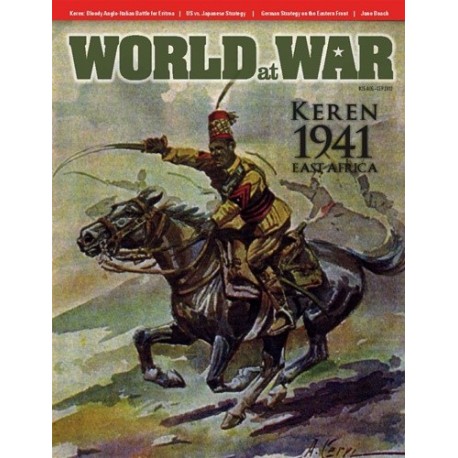 In this World at War magazine you will find historical articles and the wargame Keren 1941 with die cut counters.

Kerensimulates the Battle of Keren, one of the pivotal engagements in East Africa during the Second World War. The Italian units, particularly the Savoia Grenadiers, fought so well the Commonwealth forces had to conduct three assaults to break their position. Indeed, the Savoia Grenadiers were never dislodged from their hilltop position, and were only compelled to surrender after being surrounded an after the other Italian positions had fallen. In spite of their ultimate defeat, it’s regarded as one of the Italian Army’s most impressive showings during the entire war.

includes one counter sheet (228 counters) and one map of the Keren area of Eritrea (each hex represents about 220 yards), portraying the Dongolaas Gorge and the heights on both sides, dominating the area south of Keren. The system’s unique feature is the ability of infantry units to self-reduce to dispatch men as supply-runners, as was necessary for both sides historically. Fighting atop the difficult hills will give players a sense of why the Italians were so difficult to dislodge, as well as the importance of artillery and air support, and the limitation on the usefulness of tanks. 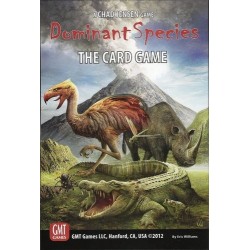 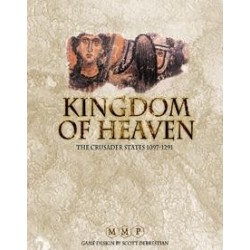 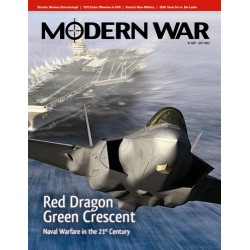 In this Modern War magazine you will find modern Warfare articles and the wargame Red Dragon, Green Crescent with die cut counters.