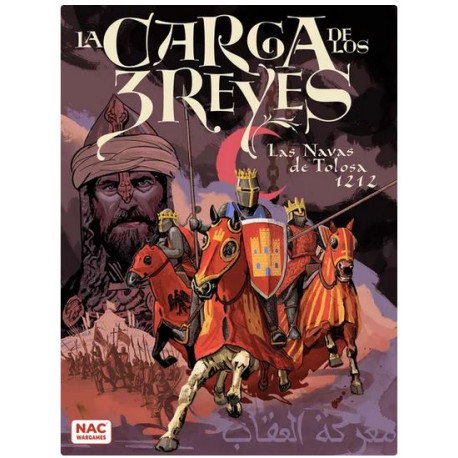 The Charge of the 3 Kings is a wargame in English and Spanish, published by NAC wargames and MasQueOca.

This game recreates the battle which was, forgive the boldness, certainly the most important of the Reconquest, and which had the character of a crusade promoted by the Archbishop of Toledo, Jiménez de Rada, and to which Christians came not only from all the peninsular kingdoms, but also brave soldiers from different parts of Europe came to this call.

The game represents the pitched battle that took place in the vicinity of Las Navas de Tolosa on Monday 16 July 1212, once the Christians had managed to cross the pass from the Sierra Morena to the upper valley of the Guadalquivir, after circumventing the Muslims who were blocking the passes thanks to an unguarded road, which a frontiersman in the area indicated to the Christian army. The game therefore begins with the deployment of both armies, facing each other, ready for the confrontation.

warning : Due to poor shipping and packing, most boxes show minor traces of blows, usually on one corner. 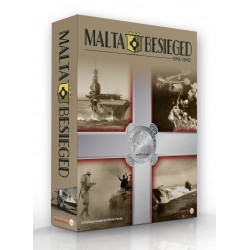 Malta Besieged 1940-1942 is a solitaire game covering the pivotal World War II years in the often overlooked Battle for the Mediterranean.

Barbarians at the Gates 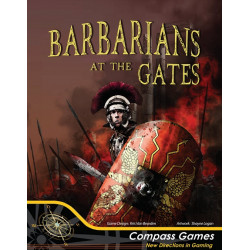 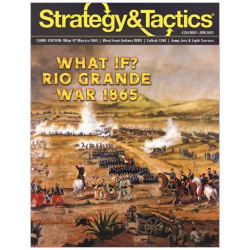 Rio Grande War is a two-player wargame on a hypothetical war between the United States and the Empire of Mexico following the American Civil War. The assumption is that France's Napoleon III decided to back up Maximilian with the French army to maintain his power in...