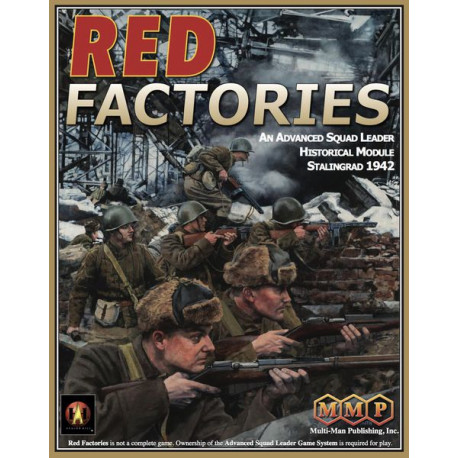 The two modules are combined into one package: Red Factories. The source files for Red Barricades are no longer available, so Charlie will take this opportunity to paint all four maps in a consistent style to assure they match. This also allows us to update the original Red Barricades material, taking into account accumulated clarifications and errata. Over the years a great deal of follow-on material has been released for Red Barricades, including a fourth campaign game. This material is consolidated to create an expanded version of Red Barricades as part of the new release.