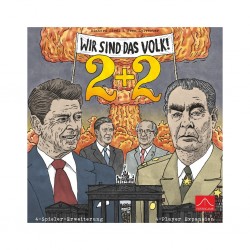 2+2 is a four-player expansion to the award-winning Wir sind das Volk! that broadens the original game to the global Cold War from 1945 to 1989. 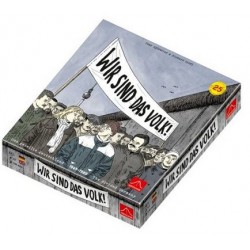 1949: Germany, still in ruins from WWII, is split in two, as the Iron Curtain of the Cold War descends. East Germany and West Germany become bitter rivals, each wanting to show its system is superior. Which will reconstruct quicker? Which will make its people happier? Socialism vs Capitalism; collectivism vs individualism - which will triumph? 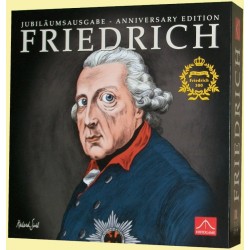 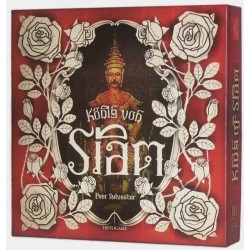 King of Siam is a historical strategy game where the players use Action cards both to compete for influence on the contending factions and to tip the power struggle among the factions to their advantage.