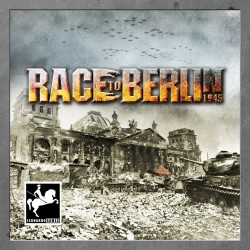 Race to Berlin game portrays the last months of World War II in Europe. In the West, after the landing in Normandy and forcing German troops to withdraw from France, the armies of the Western Allies stand over the borders of the Reich, being ready to get across Rhine.