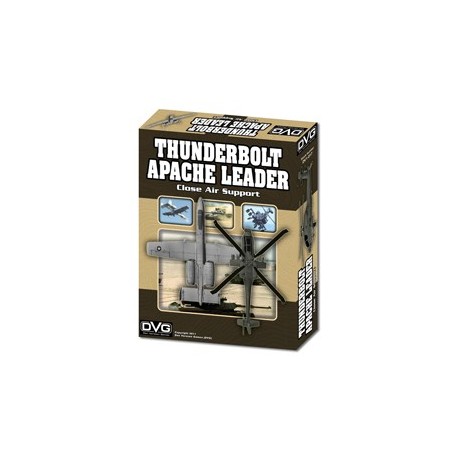 Thunderbolt-Apache Leader (TAL) puts you in the cockpits of the world’s best Close Air Support aircraft. In TAL, you’ll zoom through canyons hunting enemy tanks and troops while dodging their AAA fire and SAMs.

Stuffing all this heavy metal in one box has allowed us to expand the normal Leader component set! This game comes with 168 cards and 5 counter sheets!

TAL puts you down in the weeds in 8 campaigns spanning the globe. The game system creates immense replayability by pairing a Tactical Situation card with the Campaign card to create a unique environment for the campaign. This means that your campaign in North Korea might be part of a Holding Action, Show of Force, Rapid Deployment, or General War.

The game places you in command of the pilots and aircraft of a squadron of U.S. Close Air Support (CAS) aircraft in hostile campaigns around the world. The aircraft and weapons available for each campaign are historically accurate.

A major part of the game is mission planning. You decide how to arm your aircraft and which pilots are best for the mission. Pilots are rated for skill level. Deciding which pilots to fly each mission is a major consideration. Your pilots will become fatigued with every mission. If you fly a pilot too often, his skills will degrade. Your pilots also gain experience with every mission flown. This makes for some great decision-making. Should you keep flying the top pilots and further fatigue them to get the job done, or fly the new guys to prep them for the tough missions ahead?

Missions are quickly resolved using an area movement system to display tactical combat over the target. Speed and realism take top priority in this game. Terrain cards randomly generate each battlefield. The cards include mountain ranges that block lines of sight from both you and the enemy forces. If you plan it right, you get to fly nap of the earth through the canyons and come screaming over the ridgeline to rain fire down on the enemy before they can react. Beware! During each battle enemy air defenses will pop-up on the map to ruin your day, so watch were you’re flying!

You get to resolve every missile launched at enemy bandits, and every air to ground attack against the enemy targets. Each enemy tank, S.P. Artillery, APC, Infantry, etc is represented by its own counter on the battlefield. You also get to resolve the enemy SAM, AAA, and Bandit attacks against your aircraft.

While performing each mission, you get to decide how your pilots engage the enemy Bandits, SAMs, and AAA Sites. This makes for some tough choices. Do you hit the high value targets first, or take out the enemy SAM and AAA assets?

TAL aircraft are usually able to survive more than one attack. These aircraft are rugged and made to soak-up damage. This also factors into your decision-making. How long should you loiter over the target blowing-up enemy tanks before heading for home? If your aircraft is too shot-up, it won’t be able to fly the next day.

TAL features an operation combat sheet that tracks the progress of enemy formations attempting to overrun your sector. You get to select the formation you want to engage each day and assign the air assets you think are best suited to the task.

We’ve included the cards for every pilot to progress in experience from Newbie, to Green, Average, Skilled, Veteran, and Ace!

Key Design Features:
An all-around excellent solitaire game.
Manage your pilots as well as your hardware to be a successful squadron commander.
Intuitive, fast-playing game system.

Target Audience:
This game is perfect for both expert level military gamers as well as first time gamers. The core rules are easy to grasp and very intuitive, while still giving players a wide variety of decision-making options and tactical choices.

The game can also be played co-op (like our other Leader games) by splitting-up the aircraft and planning/resolving missions as a team.

Each mission requires only in 30 to 60 minutes.

Each campaign consists of 2 to 6 turns in which you’ll fly one or more missions each day. 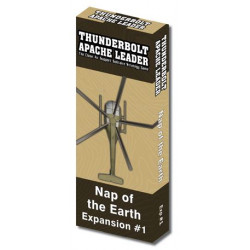 "Nap of the Earth" is a double expansion pack for Thunderbolt Apache Leader. 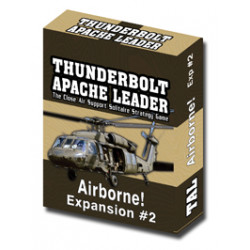 Airborne is an expansion pack for Thunderbolt Apache Leader. 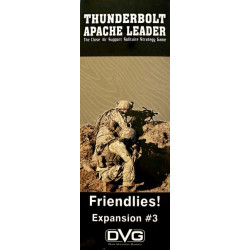 Friendlies ! is an expansion pack for Thunderbolt Apache Leader. 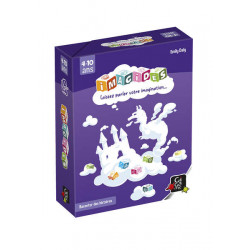 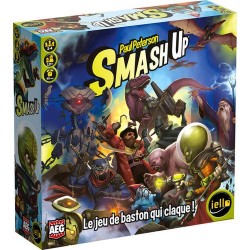 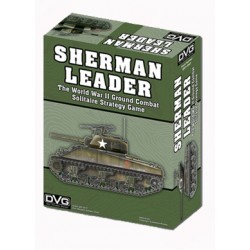 Sherman Leader is a solitaire game, choose your campaign, fight the battles and manage your way to victory.