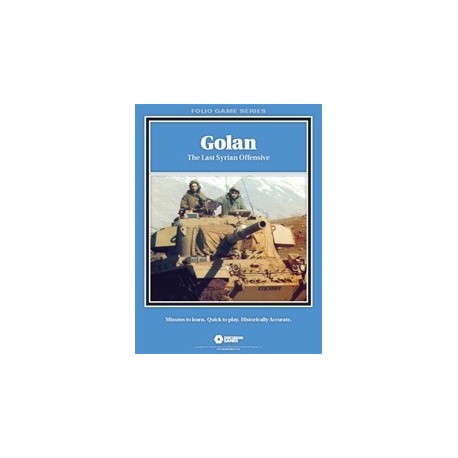 At the start of the 1973 Arab-Israeli War, the Israelis could only spare two brigades to defend the strategic Golan Heights. On 6 October the Syrians attacked with five divisions, three of them mechanized, supported by mortars, artillery, mobile SAMs, and a heliborne commando brigade. The Israelis were therefore badly outnumbered, but were quickly reinforced by reservists (much sooner than the Syrians had anticipated). More significantly, the Israeli Air Force appeared overhead to impede the Syrian assault. However, the Syrians’ surface-to-air missile batteries proved at least partially effective against those aircraft. Thus, among other things, the battle for the Golan would test the preeminence of air support against the ascendancy of the SAM.

Golan utilizes the new Fire & Movement combat system that’s designed so players can augment their units with “support sire” during the course of the turn. From artillery to air strikes, units can receive support to engage enemy positions and formations, allowing combat to develop at all levels. But Golan also introduces a new element to the battlefield: surface to air missiles. The Syrians fielded numerous SAM batteries during their advance, downing many Israeli jets and compelling that air force to implement new tactics. A single armor battalion, for example — perhaps supported by air support — could be tasked to assault a lone enemy commando brigade defending a fort. As that attack gets underway, though, the air support may find itself under fire from a mobile SAM battery. More support will be necessary to take the fort, but assets are limited.

In Golan the attritional design of the new Combat Results Table simulates the true nature of modern warfare. Units are typically two-sided formations that can incur casualties, accurately replicating the realities of combat and the high losses sustained by both sides during the Yom Kippur War. Winning is thus a matter of maneuver, firepower and asset management. 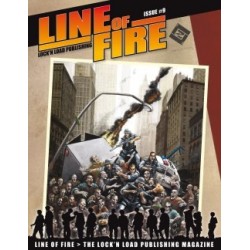