Heroes of the Gap 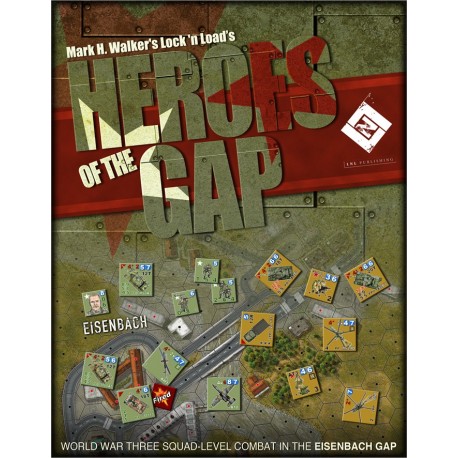 Heroes of the Gap, is a complete Lock ‘n Load module (you need nothing else to play), which brings the Lock ‘n Load system to the environs of Eisenbach, Germany on the first day of World War III. No, this is NOT a World at War series game, but it does take place in the universe created by World at War. This is pure, impulse-driven, tanks vs. tank, squad vs. squad, leader vs. leader, RPD vs. M60, Lock ‘n Load system gaming.

You’ll command a bucket of 1985-era weaponry on a Marc von Martial-drawn, mounted 22” x 34” historical map of Eisenbach and its immediate surroundings, including Bergengipfel and Klappebruck. Defend West Germany with Abrams tanks, ITOW anti-tank vehicles, Cobra attack helicopters, squads of American soldiers, leaders, snipers, heroes, M60 machine guns, Dragon guided missiles, A-10 attack aircraft, and much more. All rendered with the precision we have all come to expect from Lock 'n Load Publishing.

Or, if you chose attack the capitalists with T-80, T-72, T-64, and T-55 tanks (okay, you won’t get far with the T-55s, but we had to include them), Hind helicopters, Soviet infantry, paratroopers, BMPs, and all their accoutrements of war… RPGs, RPKs, RPDs, you are free to do so.

Included are rules for anti—tank guided missiles (ATGM), which are easily depleted, advanced armor, advanced sites (thermal and night), fixed wing air support, and much more. Yet despite the new rules we believe we have held true to our company’s mantra of “more game, less guff.”

Fight ten, Mark H. Walker-designed scenarios that recount the first day of the war, from the first probes by Soviet infantry to the ultimate, desperate clash for the Eisenbach Bridge. This is the game for those of you who have wanted to get down on the streets, in the buildings, on the deck of the tanks, and fight the battles of Red Army, Red Storm Rising, Team Yankee, or even World at War: Eisenbach Gap.

It’s a complete, boxed game. rules, players aids, box, everything you need to play. Like the lady says, "Resistance is futile."

A 34" x 22" mounted game map, dipicting the city of Eisenbach, the Eisenbach River, and the nearby towns of Klappebruck and Bergengipfel.
Three sheets of counters, including over 100 vehicles...the most vehicles ever crammed into a Lock 'n Load game box.  Complete LnL rules, module rules, player aid cards, and nine scenario cards.
Dice...always the dice. 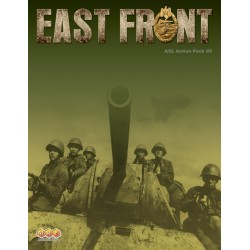 Down in Flames - Guns Blazing 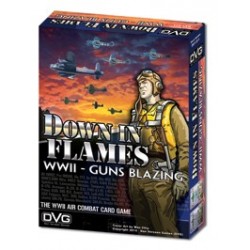 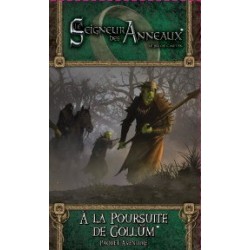