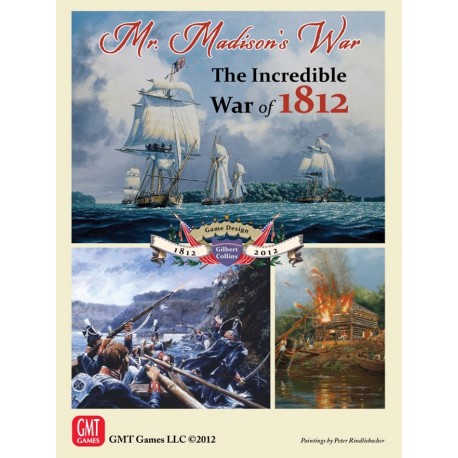 In June of 1812, Napoleon invaded Russia. Meanwhile, on the other side of the world, the young Republic of the United States declared war on Great Britain. It was one of America's most unpopular wars. To commemorate the bi-centennial of this historic event, GMT will be releasing Mr. Madison's War,  a strategy game based on the US campaigns to conquer Canada in the years 1812 to 1814.

Mr. Madison's War is a simulation game that depicts the war on the northern frontier of the United States and Canada. From the European perspective it was an off shoot of the Napoleonic Wars that were waged from 1796 to 1815. It is a two player game with players taking the forces of either the United States or Great Britain.

The map board measures 34”x 22” and covers the the northern part of the states of New York, Pennsylvania, Ohio, and the Canadian provinces of Upper and Lower Canada, the area where most of the battles were fought. The game features over 203 counters that include the named regiments and battalions that fought the war -  including militia and Indian units. Also included are named individual Schooners, Brigs, and Frigates that fought the naval war on the great lakes. The principal leaders of the war, such as Major General Isaac Brock, Sir George Prevost, Major General Hull and many others, are also featured in the game.

Mr. Madison's War utilizes  a variation of Mark Herman's 'card driven game system' which enables players to perform their actions on the game board and score automatic points for the playing of a card as an historical event. The 110 colorful cards include historical information, the year the event took place, and a detailed description of the function of the card.

The illustrated Rule Book is approximately 20 pages long (at present, this could change during development and page layout) and there are 5 player aid sheets that contain the Combat Results Table, both land and water, and cards to set up the various reinforcements. There will also be a Play Book which will include numerous illustrated examples of play.


The objective of the game is to gain Victory Points by invading your enemy's territory while maintaining your own. 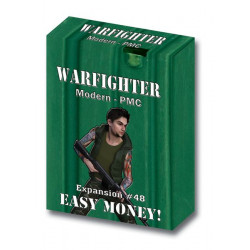 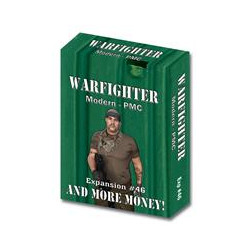 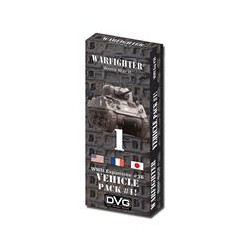