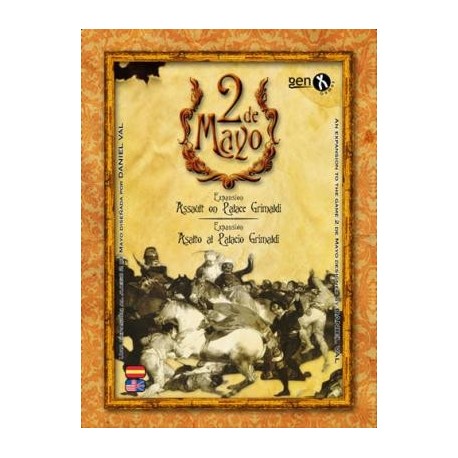 What if the Spaniards had assaulted Palace Grimaldi and taken Murat prisoner? ¿What if the King’s Dragoons had made it out of their quarters? Or if the French had not used their artillery? ¿Would their principles of Liberty, Equality and Fraternity had been regarded as better?

This expansion will allow you to explore this and other possibilities, as well as enjoy six new game modes of the original game 2 de Mayo.

This expansion includes 22 new cards, the original adapted 22 cards and a rulebook. It is compatible with all the 2 de Mayo editions.

IMPORTANT: AN ORIGINAL GAME 2 DE MAYO IS NEEDED TO PLAY THIS EXPANSION