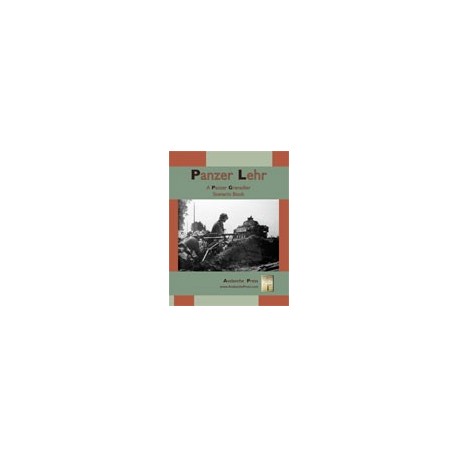 n late 1943, the German Army gathered instructors from its Panzer training schools and troops from its special demonstration units to form an elite Panzer division. These battle-hardened veterans, most of them already decorated for battlefield bravery, then received the best weapons and equipment that Germany could provide.

Panzer Lehr is a Panzer Grenadier scenario book based on the battles of this elite division during the Normandy campaign of 1944. There are 27 new scenarios plus an intensive campaign game allowing players to follow the division through the Normandy campaign in a whole series of battles. Finally, there are 102 new and very fine laser-cut and mounted playing pieces showing the division’s troops in their own special color scheme.

Panzer Lehr is not a complete game, but requires ownership of the Panzer Grenadier boxed games 1940: The Fall of France, Battle of the Bulge, Beyond Normandy, Eastern Front and Elsenborn Ridge.