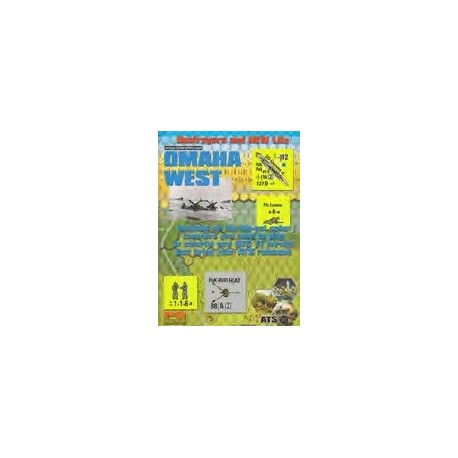 VIERVILLE-SUR-MER, FRANCE, 0630 Hours, 6 June 1944: The 743rd Tank Battalion didn’t have any illusions about D-Day. Unlike other units, they fully expected to be hurled at the beach first, paving the way for the infantry and all of the following waves. They were expected to make the landings easier for following units, but even with a successful bombardment they knew there would be hell to pay on the beach. In Company A, two of each group of three Shermans was standard; the third was a bulldozer model. Each tank had been specially waterproofed and had large ‘fishhook’ ducts mounted over the engine compartment. The rough surf had caused the officers in charge of the landing to conclude at 0505 hours to cancel the planned launch of the 743rd’s DD tanks in the water, and instead carry them ashore on their LCTs. The neighboring 741st Tank Battalion infamously lost 27 of their 32 DDs after launching them, with only a few sharp crews with small boating experience able to handle the sensitive craft in the high seas. Landing at the same time as the doomed infantry of the 116th Regimental Combat Team, the tankers didn’t find the going much easier. The LCTs took a pounding—they were the first big targets to hit the beach. Two LCTs were sunk during the approach, and only eight of Company’s B’s sixteen tanks actually made it to shore. An 88 shell knocked out the first Sherman off the ramp of LCT-591. Company CO Captain Ehmka’s LCT landed right at the Vierville draw, and Ehmka and many of his men were killed before they could unload. Across more than 400 yards of open beach, the surviving tanks had a terrible time picking out the guns firing on them, while they were exposed except for what the drivers could keep under water without flooding. Instead of supporting infantry who could threaten the gun positions, the tanks found themselves alone in the surf, surrounded by a great many bodies of the 116th. And they were stuck on the beach, trapped by the great anti-tank wall at Vierville. Walking among his tanks, trying to coordinate their actions, the 743rd commander, Lt. Col. Upham, got drilled in the shoulder. Still, the crews tried to stay alive while they looked for targets they could hit. Finally all of the work was rewarded when the survivors moved through the D-1 exit at Vierville just before dark, then rolled a precious half-mile inland. Lt. Harold Beavers was Company B’s only unwounded officer, and he earned the DSC. “They shot the hell out of the Germans,” an officer of the 116th said of the 743rd, “and got the hell shot out of them.”

OMAHA WEST begins the final chapter of our ATS TT exploration into the famous battle that will conclude with the release of OMAHA EAST. Ownership of OMAHA WEST will be required to play OMAHA EAST and the entire package has been upgraded and updated with the second edition maps, new counters. ATS TT OMAHA EAST will use the TT format and ownership of this product will be required to play that upcoming title. OMAHA WEST for ATS TT includes all the combat counters and large markers you need to play plus an additional batch of small markers, ships in a Ziploc® style bag, just bring your ATS rulebook and play aids and the standard ½" small marker counter sheet and you are ready to begin a whole new generation of Normandy gaming! 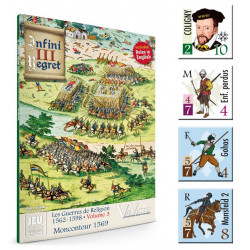