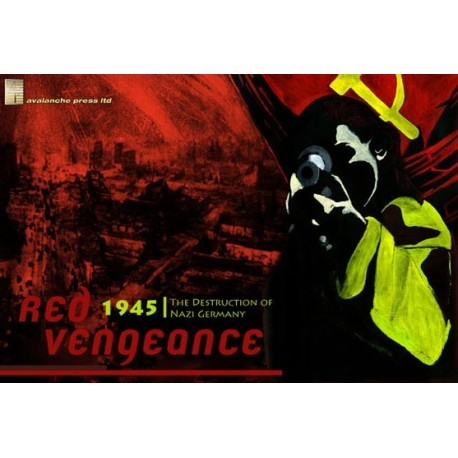 By the summer of 1944, the peoples of the Soviet Union had suffered incredible hardships. Three years of war had wrecked the economy, destroyed countless cities, and brought the murders of at least 10 million civilians.

But through massive efforts, the Red Army had not only held but greatly strengthened itself with new weapons and tactics. The time had come for the great counter-offensive. Operation Bagration opened in June 1944. The Germans reeled back until finally losing Berlin itself.

Red Vengeance is a sequel to Defiant Russia. Like that game, it is designed to be easy to learn and fun. The map portrays the western Soviet Union, Poland, Hungary, Romania and eastern Germany, with parts of Yugoslavia and Bulgaria as well.