The Battle for Normandy 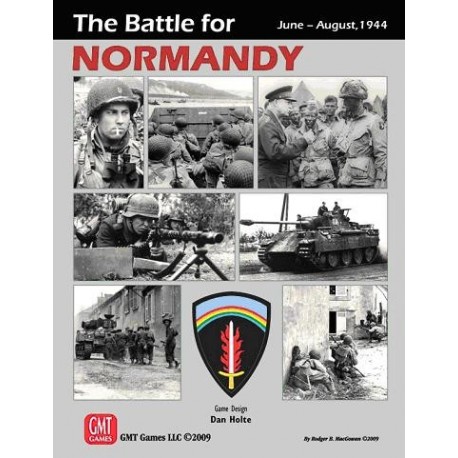 En savoir plus sur The Battle for Normandy

The Battle for Normandy is a game that represents the climactic campaign in Normandy from D-Day, 6 June 1944 to the first week of August 1944 at primarily battalion level. Numerous scenarios are included to play out various smaller battles in Normandy. It is intended for two players or player teams.   The game uses a unique sequence of play and a system of fire combat throughout the airdrop and beach assault phases with company-level breakdown units, then a more traditional odds-type combat approach throughout the rest of the game. Initial beach defense deployments at start and daily air support and defense allocations, hidden to the opposing player; create a level of uncertainty that makes for a tense, challenging duel.   The game combines a detailed, extensively researched order of battle with relatively fast-playing game mechanics to make it not only the largest representation of the Normandy campaign available to date, but a manageable one that is meant to be played, not shelved. Scenarios include: (As of March 11, 2008 - we are working on a couple more):

A future expansion will extend the play area south, to include the Mortain and Falaise scenarios, and extend the campaign to late August and the 3rd Army breakout.    Game Equipment