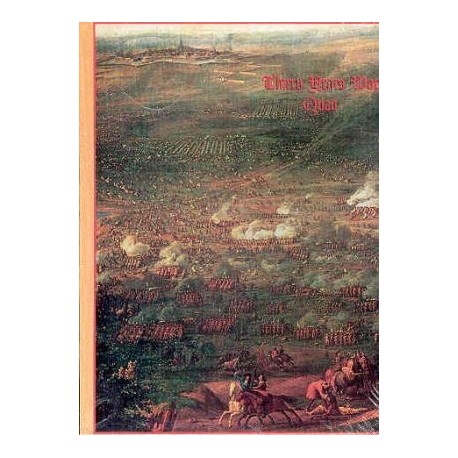 The Thirty Years War Quad consists of four battles, each with its own map, counters and Exclusive Rules. The Standard Rules are  common to all four battles.

Lutzen Intent on wintering in Saxony, Count Von Wallenstien  failed to reckon on Gustavus' resolve and was caught with a quarter  of his Imperialist Army dispersed. It was a smashing victory for  the Swedes--but Gustavus did not survive the battle.

Nordingen The armies of Spain and the Holy Roman Empire combined to lay siege to Nordlingen, an important city near the  Danube.

Rocroi Determined to knock France out of the war, Spain  undertook an invasion of French soil, laying siege to Rocroi, a  fortress not far inside French territory.

White Mountain The decisive battle of the Bohemian Phase of  the Thirty Years War in which the Catholic League Army, under the command of Maximilian of Bavarian and Count Tilly, defeated the Bohemians outside the city of Prague on November 9, 1620.