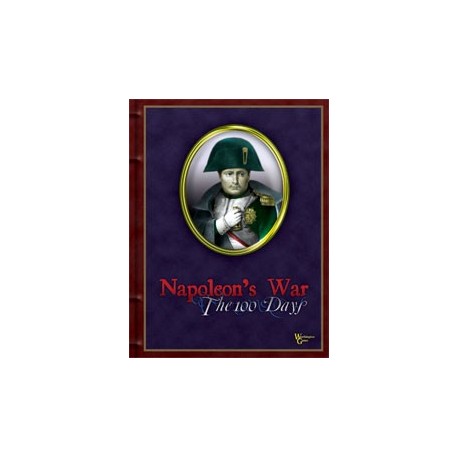 En savoir plus sur Napoleon's War Volume I : The 100 Days

The Napoleon's War Series are games that give players the French Army of Napoleon against the foes of France from 1796 -1815. Each game will include battles that have their own custom game boards, plastic figures representing the infantry, artillery, and cavalry with counters representing the special units, leaders, etc. Each battle within the game are playable in 1 to 2 hours. The game uses the Hold the Line command action point (CAP) system.

The first game in the series is Napoleon's War: The 100 Days with custom game boards of Quatre Bras, Ligny, Wavre, and Waterloo. 120 plastic pieces in blue, red, and gray portray the French, British, and Prussian armies.
Future games are Napoleon's War II: Gates of Moscow which has the armies of France (blue), Russia (green) and Austria (white) and has the battles of Austerlitz, Friedland, Borodino, and Aspern-Essling.

Napoleon's War III: The Spanish Ulcer has the armies of France (France), Britain (red), and Spain (yellow) and has the battles of Salamanca, Talavera, Vitoria, and Vimeiro.
Also planned are value packs that have specific battles of varying size and scope with custom game boards and battle rules. These can be purchased at discounted price for those that already have the plastic pieces from one of the Napoleon's War series games.