Age of Musket Volume I: Tomb for an Empire 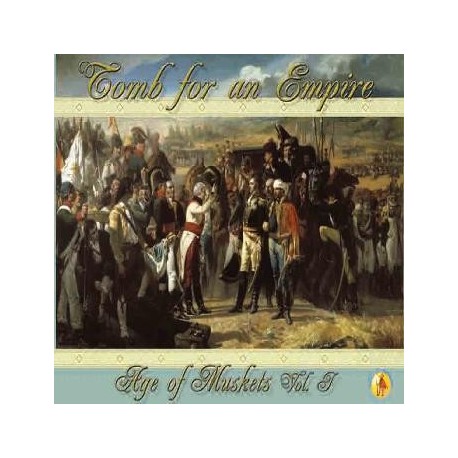 En savoir plus sur Age of Musket Volume I: Tomb for an Empire

"Tomb for an Empire" simulates the conflict that took place in the Iberian Peninsula from 1808 to 1814. It was a complex war that involved diverse interests and troops from many nations. Great Britain sent her troops to defend Portugal, within the context of the European Coalitions against France. In Spain proper the war, which presented certain aspects of a civil war, saw an uneasy alliance of reformists and traditionalists under the name of "Patriots" facing the puppet King Jose I Bonaparte and the occupation army; composed mainly of French but also of Italians, Neapolitans, Poles, Germans, Swiss, Dutch and even Spaniards (known as "Juramentados").

"Tomb for an Empire" is not just a game it's a whole gaming experience that includes 6 introductory battle scenarios and 18 campaign scenarios of increasing complexity, from Bailen (lasting less than one full turn) to the full campaign starting any year of the war (scenarios 14 to 18).