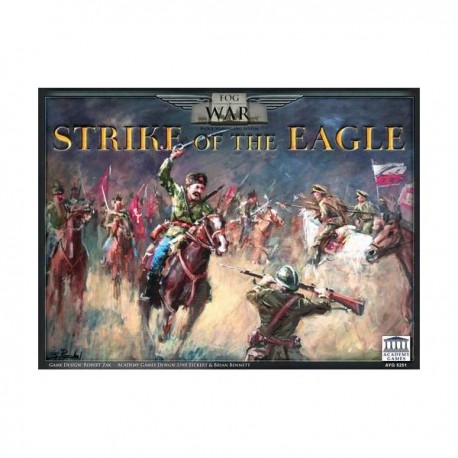 Strike of the Eagle is the first game in the Fog of War series of block games to be published by Academy Games.

The year is 1920. World War I has ended, but the battle for Europe has just begun. The Soviet leaders, Lenin and Trotsky, plan to spread the workers’ revolution by blasting through Poland in order to support the growing communist movements in Germany, France and Britain. Only the armies of Poland stand in the way of the Bolshevik tide. Therefore, these armies to invade the Soviet Republics.

Strike of the Eagle is an operational level block game that allows the player to experience the tension of the Polish-Soviet War of 1920. This mobile war featured a return of sweeping cavalry attacks combined with new weaponry innovations such as planes, tanks and armored cars.

The heart of the Fog of War series lies in players placing secret orders on the map to bluff, mislead and outplay their opponents! The composition of each player’s wooden block armies remain hidden from their opponent until they are engaged in battle. Combat is resolved without dice, maximizing skillful play! Action cards are pivotal to the game in that they allow players to either modify how many orders they may issue, add army reinforcements or modify a battle’s resolution.

Strike of the Eagle includes several scenarios for 2-4 players. Some are short games that can be played in an hour, up to the full campaign that can last several hours.

Strike of the Eagle is based on The Eagle and The Star. This English edition has been totally reworked from the ground up with an expanded mounted map, new cards, streamlined rules, new army and leader blocks, new scenario setup rules and additional scenarios. 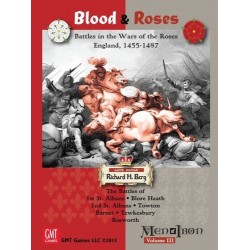 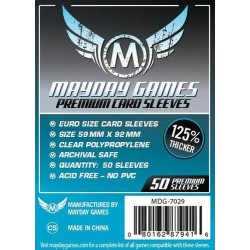