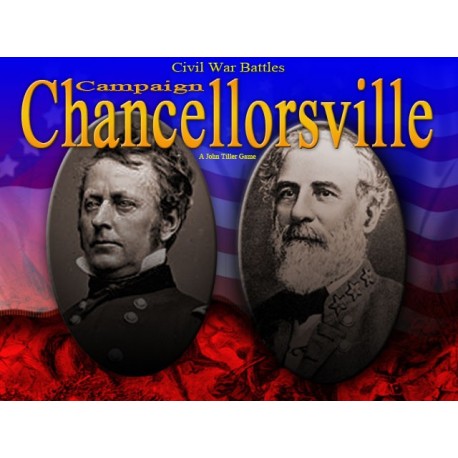 Following Lee's failed invasion of the North in 1862, and McClellan's inability to destroy the Army of Northern Virginia near Antietam Creek in September of that year, President Lincoln tried and failed to find a commander who could defeat Lee.

He chose first Ambrose Burnside, then Joe Hooker. During the next eight months they would in turn fight two major battles which they hoped would win the war and end the Southern rebellion. History records these battles as Fredericksburg (December 1862), and Chancellorsville (May 1863). They would later be known as Lee's greatest victories, the "high tide" of the Confederacy--and the final battle of Thomas "Stone Wall" Jackson. Now comes your opportunity to repeat these victories for the South, or take command of the Federal army and crush the rebellion once and for all. Be bold and never look back!

HPS's Campaign Chancellorsville faithfully recreates first the battle of Fredericksburg and then climaxes with Lee's bold move at Chancellorsville. Many other smaller battles are also included that will help lead the way. Take charge and defend your country, whether it be North or South.

- Added new Proportional Opportunity Fire Optional Rule that causes
Opportunity Fire generated by firing units to be more proportional to
the total strength of the units firing.
- Added new Parameter Data value that controls when artillery crews are
killed.
- Added new Alternate Fixed Unit release Optional Rule that releases Fixed
units within 5 hexes of an enemy unit regardless of Line-of-Sight to that
unit.
- Improvements to AI bridge crossing, and firing

Scenario and Campaign editors are included to allow the player to create their own situations to play out. Play modes include A/I, Hot Seat, PBEM, LAN & Internet play.