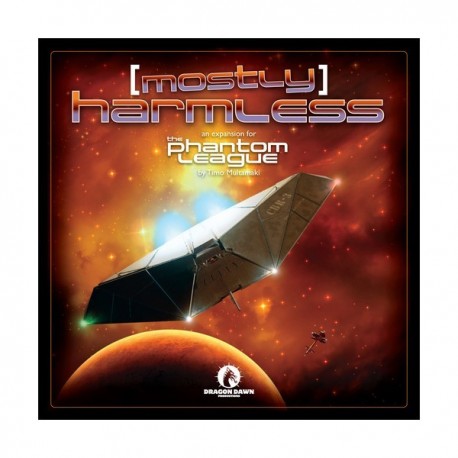 Game description from the designer:

For the heroes of space lanes, Dragon Dawn Productions has something new to offer: the first expansion for its 2010 title The Phantom League called Mostly Harmless.

This expansion will include new cards for pretty much every deck (docking, improvement, battle, captain, mission, ship and hyperspace). The new cards will extend the game play of the base game and differentiate more between the path of fame and notoriety.

Mostly Harmless also includes reprints of the most "broken" cards of the original game and a new and improved English-language rulebook that covers both the expansion and the base game.