Battles with the Gringos ! 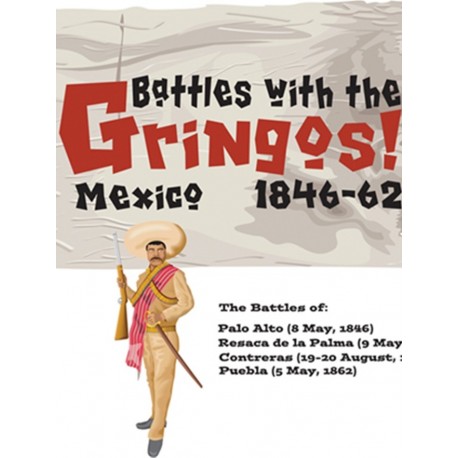 En savoir plus sur Battles with the Gringos !

A GBACW Module for GRINGO

For everyone who enjoyed all the battles in GRINGO, as well as any gamer who is looking for small, interesting, unusual and fast-playing battles of any era, here is a module that provides all of that.

Battles with the Gringos fills in most of the blanks - the important battles we had to leave out - for our coverage of The Mexican War. And, in addition to providing the usual rules clarifications and updates, we have added a rule for using Skirmishers that will be usable in all games in the GBACW system.

But it's the battles that make the game, and we have four half-map engagements that are each different, each with its own, unusual terrain, each with a set of problems facing both players. And each battle takes only a couple of hours, as well as being very playable solitaire.