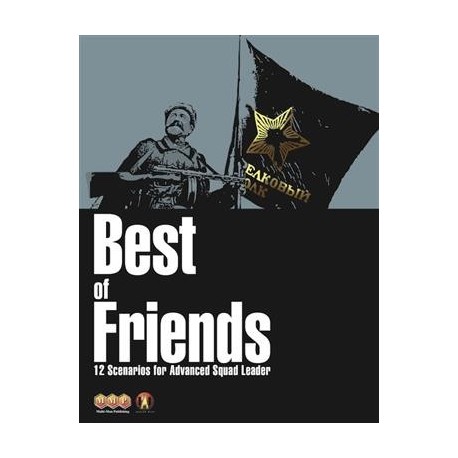 The Best Of Friends scenario pack for Advanced Squad Leader has 12 scenarios from the Swedish Friendly Fire ASL Tournament. Best Of Friends is the next installment of the series that began with Out Of The Bunker and features 12 battle-tested scenarios, several of which have received balance adjustments from their designers.