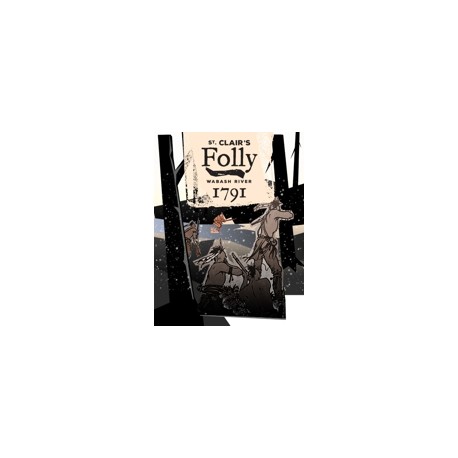 1791: the US army attacks the Miamis tribe and is crushed.

On the evening of 3 November, St. Clair's force established a camp on a high hill near the headwaters of the Wabash River. An Indian force consisting of around 1,000 warriors, led by Little Turtle and Blue Jacket, waited in the woods until dawn, when the men stacked their weapons and paraded to their morning meals.


Little Turtle directed the first attack at the militia, who fled across a stream without their weapons. The regulars immediately formed battle lines and fired a volley into the Indians, forcing them back.

Colonel William Darke ordered his battalion to fix bayonets and charge the main Indian position. Little Turtle's forces gave way and retreated to the woods, only to encircle Darke's battalion and destroy it.

After three hours of fighting, St. Clair called together the remaining officers and, faced with total annihilation, decided to attempt one last bayonet charge to get through the Indian line and escape. Supplies and wounded were left in camp. Little Turtle's Army allowed the bayonets to pass through, but this time the men ran for Fort Jefferson.They were pursued by Indians for about three miles before the latter broke off pursuit and returned to loot the camp.