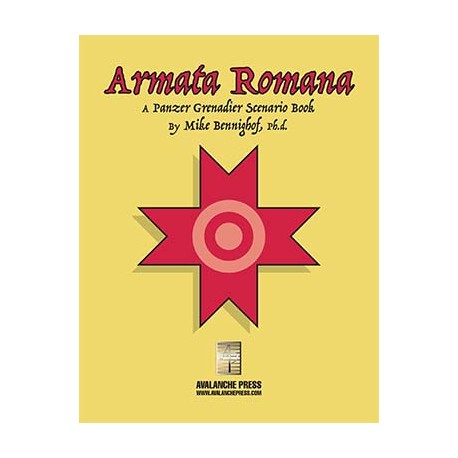 Armata Romana is an expansion for the Panzer Grenadier: Fire in the Steppe game.

At the moment German troops launched their surprise invasion of the Soviet Union in June 1941, Romanian dictator Ion Antonescu declared a “holy war” against the Communist regime. A half-million Romanian soldiers participated in these early campaigns, fighting fierce battles in Bessarabia, at Odessa and in the Crimea.

Armata Romana is an expansion for our Panzer Grenadier: Fire in the Steppe game, featuring 98 die-cut, mounted pieces displaing the Royal Romanian Army – the Armata Romana – in its own special color scheme. There are also 20 scenarios, and three “battle games” that link them together.

Armata Romana is not a complete game; everything you need to play all 20 scenarios (and the battle games) in included in the book and the boxed game Fire in the Steppe. No other books or games are required to play any of the scenarios.