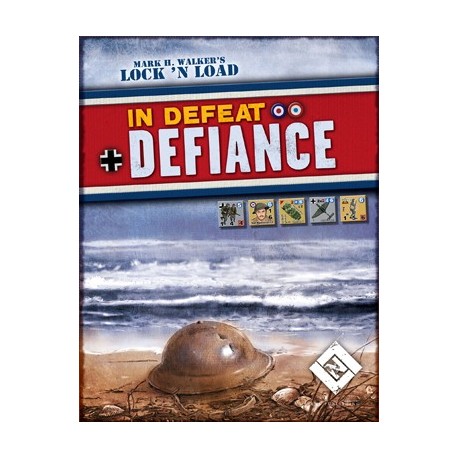 In Defeat Defiance brings the British Expeditionary Force to the battlefield of France 1940.

An expansion to the hugely popular Lock ‘n Load: Heroes of the Blitzkrieg, In Defeat Defiance is the biggest British Lock ‘n Load expansion ever. Included are over 170 counters, and fourteen intriguing scenarios.

This is a Lock 'n Load expansion and requires Heroes of the Blitzkrieg to play.