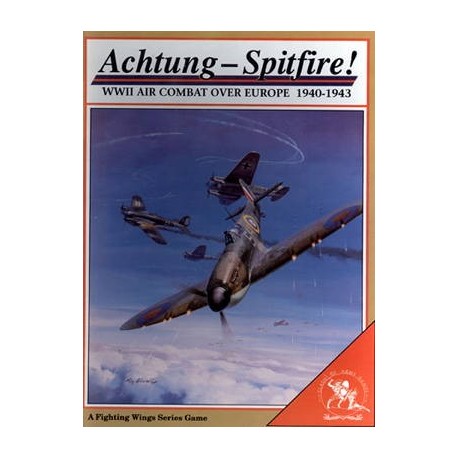 In the summer of 1940, a Reich meant to last a Thousand Years confronted an Empire Upon Which the Sun Did Not Set. One magnificent weapon, first conceived as a private venture in 1934, proved decisive. In the skies over London, and in the years to follow, a shout of "Achtung - Spitfire!" was invariably followed by shattering losses.

Achtung - Spitfire! is the second offering in our Fighting Wings series of games depicting aerial combat in WWII. This volume simulates tactical air to air, and air to ground combat over Europe from 1940 to 1943. More than just plane to plane combat, Achtung - Spitfire! has a clever mission generator that allows players to recreate famous missions and even campaign games. Designed by J. D. Webster, this game brings the same flavor to the opening years of WWII aerial combat that Volume I, Over the Reich, does to the closing years.

Achtung - Spitfire! comes loaded and ready to fly with 280 counters, 24 aircraft data cards, one 34"x22" double sided map, and a programmed instruction rulesbook to get you up and flying as soon as possible. 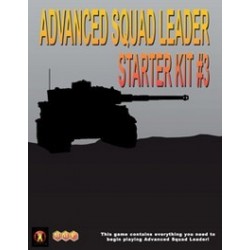 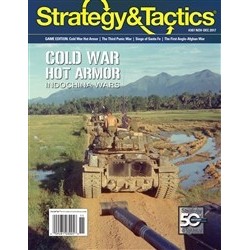 In this Strategy and Tactics magazine you will find historical articles and the wargame Cold War, Hot Armor with die cut counters.