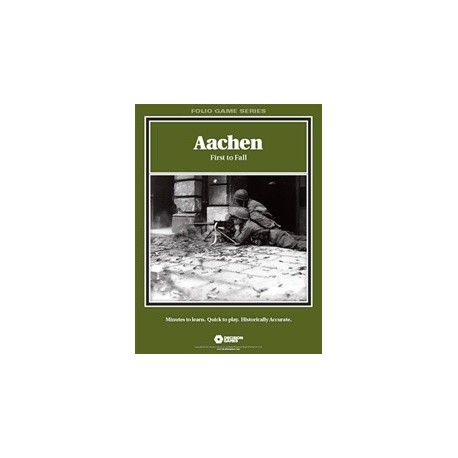 Aachen utilizes the new Fire & Movement combat system that’s designed so players can augment their units with “support fire” during the course of the turns.

Before October 1944, no large German city had been directly assaulted by any Allied army. German soldiers were continuing to fight stubbornly throughout Europe, even after Germany’s defeat became a certainty; so US commanders had every reason to worry resistance on German soil would be tenacious. In the city of Aachen itself, the street fighting was expected to be severe, just as it had been in other hard-fought cities. The situation along the border itself was even worse; the infamous West Wall loomed in front of Aachen, enclosing the city with miles of concrete bunkers, casemates and “dragon’s teeth.” The sense of foreboding among the GIs assigned to the attack, as well as their commanding generals, was evident and warranted.

Aachen utilizes the new Fire & Movement combat system that’s designed so players can augment their units with “support fire” during the course of the turns. From mortars to fighter-bombers, units can receive support assets to engage enemy positions and formations, allowing combat to develop at all levels. A single recon battalion, for example — perhaps supported by anti-tank guns — could be tasked to assault a lone enemy regiment of engineers defending a road junction. As that attack gets underway, however, the recon battalion may find itself strafed by enemy fighter-bombers. More support will be necessary to take the road junction, but assets are limited.

In Aachen, the attritional design of the new Combat Results Table simulates the true nature of battles in Europe. Units are typically two-sided formations that can incur casualties, accurately replicating the realities of combat and the high losses sustained by both sides during the actual fighting in Aachen. Winning the battle is thus a matter of maneuver, firepower and asset management. 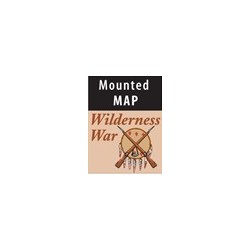 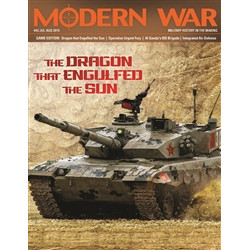 In this Modern War magazine you will find modern Warfare articles and the wargame The Dragon that Engulfed the Sun with 1 map and die cut counters. 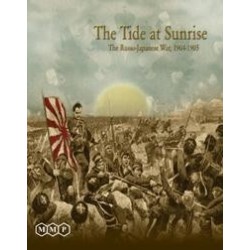