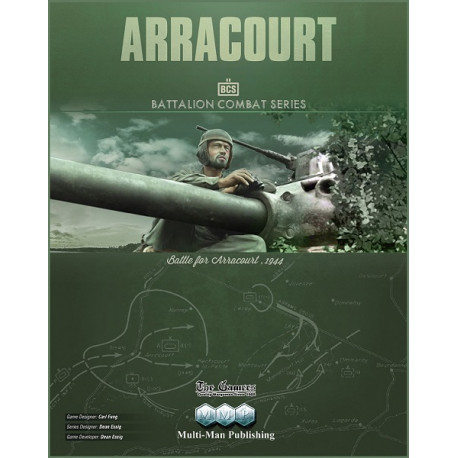 The rapid movement of Patton’s Third Army eastward to Nancy has led them at the end of a supply net that is being re-allocated to put emphasis on the British in the north (which resulted in Operation Market Garden). The US 4th Armored Division in the lead performed a double envelopment of Nancy and is waiting for other elements to catch up.

For the German part, Hitler sees an opportunity to do two things simultaneously: To strike at the US spearhead stopping their advance and to try out his newly formed Panzer Brigades—complete with Panthers just off the assembly line but manned by crews fresh out of training.

The result was a classic defense studied by the US Army still today as the “school solution” of how to defeat an armored foe in a mobile set of battles.

Arracourt is a game of those battles with both sides using all the tools of mobile warfare with both sides maneuvering to attack and defend the ground of their choosing. The game is straightforward for the beginner BCS player and works very well as a starter kit before trying any of the others in the series yet is still challenging for the BCS veteran. All scenarios are on one (or less than one) map.

There are very few special rules to employ, well, except for dealing with Bazooka Charlie … a US L-4 artillery observation pilot who rigged his wings with bazooka launchers so he could go out daily and try to kill German tanks. 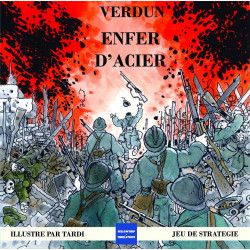 Donetsk - Battle for the Airport 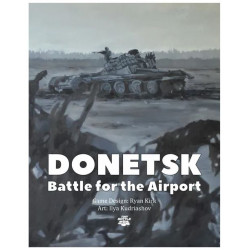 Donetsk is a squad-level tactical game that simulates the battles for the Donetsk Airport in the Ukraine 2014-2015. 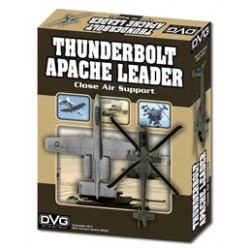 Thunderbolt-Apache Leader (TAL) puts you in the cockpits of the world’s best Close Air Support aircraft. In TAL, you’ll zoom through canyons hunting enemy tanks and troops while dodging their AAA fire and SAMs.