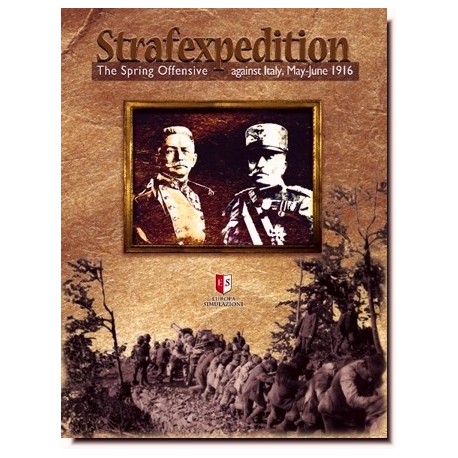 The Trentino Offensive, nicknamed Strafexpedition by the Austrians, was a counteroffensive launched by the Austro-Hungarians on the Italian Front on May 15, 1916, during World War I.

The simulation, using battalion level units, comes with a brand-new impulse system, which allows a remarkable level of interaction between the two players. Manoeuvring is by brigade, at times depending by the initiative of the single commanders.

To keep units and brigades in reserve, and the way you use them in battle, can make the difference between victory and defeat.

Great importance is given to the morale of troops, and to its wearing, which affects the units’efficiency in combat, and can take them even to surrender.

The logistic effort is simply simulated using Logistics Points, that are the real “fuel” of any activity: attacks, artillery bombardment, trench building.