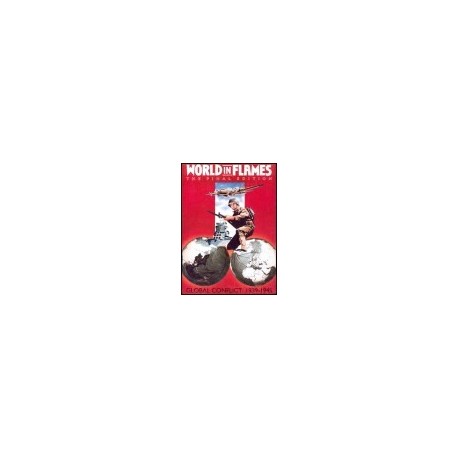 The World in Flames Deluxe game includes 3600 counters (CS1-9, 14, 15 & 18-24), 7 maps (West and East Europe, Asia, the pacific, the Americas, Africa and Scandinavia), Rules and Scenarios booklets and charts to allow you to refight World War II in one accessible, yet highly detailed game.

The World in Flames Deluxe game includes all the latest high quality components, Planes in Flames, Ships in Flames, Mech in Flames, Africa Aflame and Asia Aflame. It also contains all the latest updates to the game and the very latest rules and scenarios booklet incorporating a dozen new optional rules, a brand new 1940-45 campaign game and all the latest errata and revisions.

The rules now also contain all the optional rules from every WiF kit from Planes in Flames to Cruisers in Flames all in one easy to access (not to mention fully indexed) rule book.

If you want to refight World War II from go to whoa then the World in Flames Deluxe game is for you.