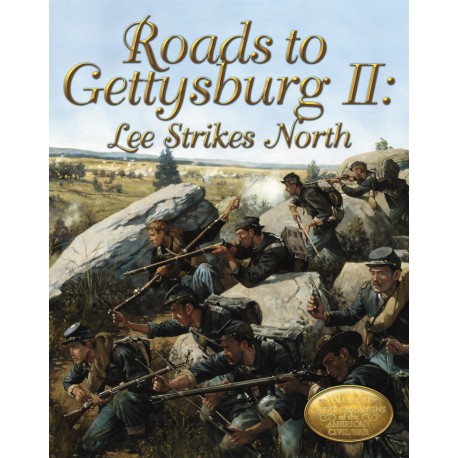 Based on previously published materials, each of the three campaigns included in Roads to Gettysburg II has been revised, repackaged, and rebalanced for improved play:

The four maps included are painted by original map artist Charlie Kibler and have been significantly revised to include all the latest GCACW terrain types including hills, swamps, dams, trails and landings. The military unit counters have been redesigned by Charlie Kibler to harken back to the counters in the original games in the series but with a more modern graphical treatment.

Roads to Gettysburg II: Lee Strikes North contains an updated version of the GCACW Standard Basic Game Rules that all the other games in the series use. The Advanced Game rules are also standardized so players will be able to move quickly from one campaign to the other.