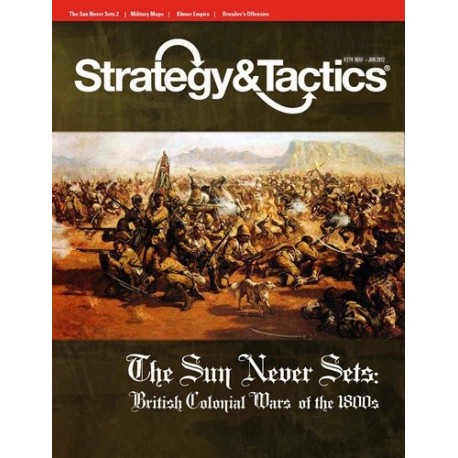 The Sun Never Sets volume II is an operational simulation of three major 19th century wars in which the British Empire participated. The British marched to the four corners of the earth, fighting against fierce Native opposition and covering themselves with glory...as well as a disaster or two.
Abyssinia covers the 1868 British expedition to free hostages which were being held by Abyssinian King Theodore. This was one of the great logistical feats of the 19th century, and at the time was considered to be an incredibly daring undertaking.
Asante covers the 1873-74 British raid into the heart of the Asante Kingdom in West Africa. Players can use this as an introductory scenario.
Persia covers the 1856-57 British punitive expedition into Persia, fought mainly to distract the Persians from seizing parts of western Afghanistan.
Second Afghanistan War covers the 1878-79 British invasion of Afghanistan. The purpose of the campaign was to establish a friendly government in Kabul and counter a possible Russian march on India. 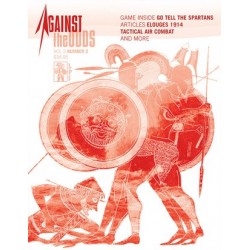 The Thermopylae battle. playable face to face or solitaire. reprint 2010. 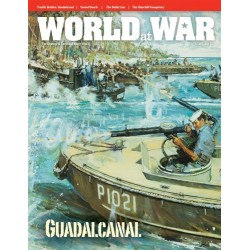 In this World at War magazine you will find historical articles and the wargame Guadalcanal with die cut counters.