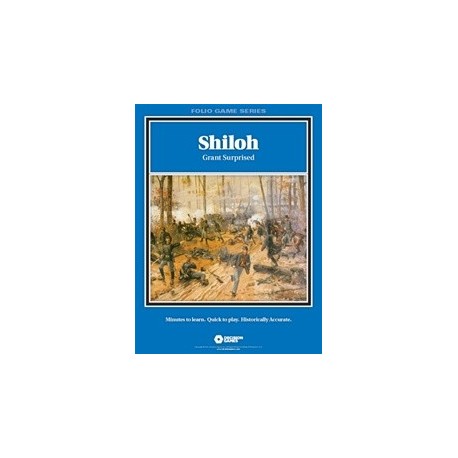 Shiloh utilizes the Musket & Saber combat system, which provides a simple yet accurate portrayal of warfare during the American Civil War.

There would never be a better chance to hit the Federals and inflict a decisive defeat on them than in April 1862. Two of the advancing Union armies in the Western Theater hadn’t yet converged. The Confederates thus perceived a rare opportunity to concentrate against Grant’s six divisions at Pittsburg Landing on the west bank of the Tennessee River. Organized into four corps, Gen. Albert Sidney Johnston marched his men 20 miles from Corinth, Mississippi, toward the Federal troops bivouacked along a skirmish line extending from the bank of the Tennessee River to the small “Shiloh” church inland.

The combat system is intuitive, including all of the details that characterized battle during the Civil War, while also simulating the unique aspects of 19th century warfare. Units can become weakened and rout; attackers can pursue, and the fortunes of war can intervene at any time. Cavalry can rip open enemy lines and shred fleeing units, and reserves must be ready to plug holes or secure the line of retreat.

A new Combat Results Table emphasizes playability while also simulating the lethality of the rifled musket. Leaders accelerate the action, replicating the importance of their presence during battle. Supply lines forcing players to protect their logistical trains. Winning a battle will depend on deployment, maneuver and massing firepower, as well as understanding the strengths and weaknesses of each particular army. 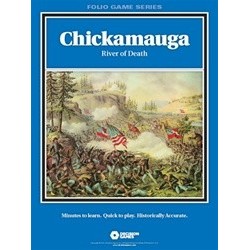 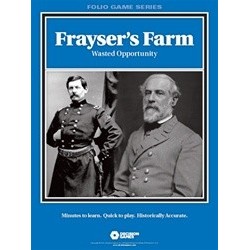 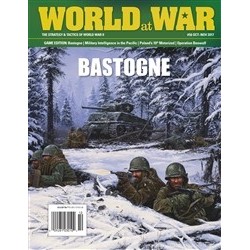 in this World at War magazine you will find historical articles and the solitaire wargame Bastogne with die cut counters.