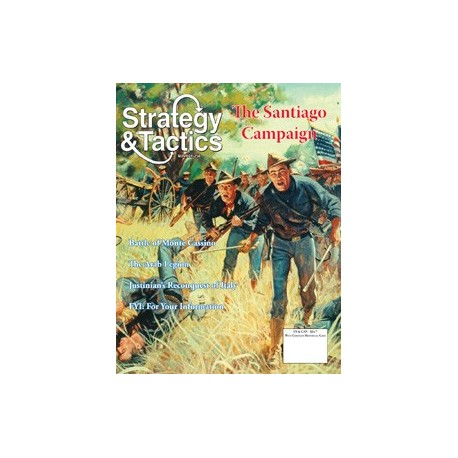 In this Strategy and Tactics magazine you will find historical articles and the wargame Santiago Camp with die cut counters.

The Santiago Campaign, 1898 (TSC) is a low-complexity, two-player, operational-level simulation of the US campaign to capture the Cuban port of Santiago during the Spanish-American War, designed by Ron Bell. Solitaire play is also doable, provided the player is willing to ‘fudge’ the concealed Spanish units rule. The US player controls all American and Cuban units; his opponent controls the Spanish units.

The scale on the 34x22” large-hex map is a half-mile (0.8 km.) per hex. Each full game turn represents three days. The 98 large-size iconic units of maneuver for both sides are infantry battalions and regiments, each representing between 250 and 1,000 men; along with artillery batteries, each with two to four guns; and groups of Cuban insurrectionists, each representing up to about 500 men. The counter-sheet also includes a 78-unit expansion set for Red Dragon Rising, which appeared in issue 250.

The turn sequence is as follows. 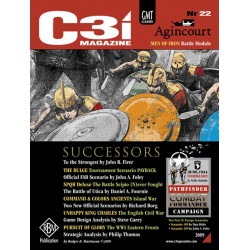 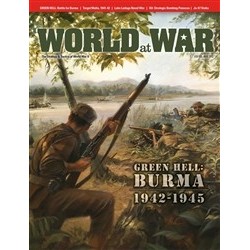 In this World at War magazine you will find historical articles and the wargame Green Hell : Burma with die cut counters. 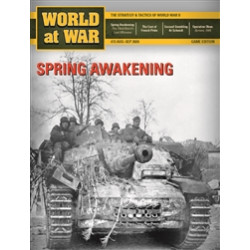 in this World at War magazine you will find historical articles and the wargame Spring Awakening with die cut counters.