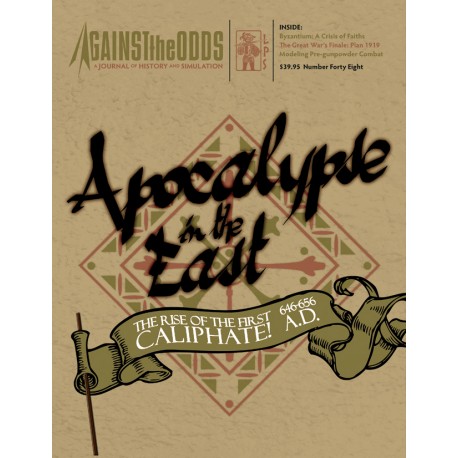 The Orthodox Caliph Umar b. al-Kattaãb was assassinated in A.D. 644 and the Byzantines remain entrenched in the Nile delta. Clearly, the armies of Islam must finish the job, the conquest of Constantinople itself.

The accession of the Caliph Uthmãn b. Affan enabled Mu’ãwiyah b. Sufyan, his cousin and the formidable governor of Syria to construct a fleet and carry on the war against Byzantium.

From the highlands of Armenia to the shores of Crete, the elite Syrian army and navy seeks to overwhelm the last stronghold of the Byzantine Empire, Constantinople.

Unfortunately for them, the new Byzantine emperor, a callous youth named Constans, is equally determined to stop this - what must have seemed at the time - utterly alien invasion! Coming to the throne in the wake of murder and revolt, the young sovereign commands only the battered remnants of the army, but it is now fighting on its home ground.

Apocalypse in the East – The Rise of the First Caliphate (A.D. 646 – 656) by designer Jason Juneau, features yearly turns, regimental sized units, special rules on the Empress Fausta, and random events including the Monothelete Controversy, earthquakes, nepotism by Caliph Uthmãn, purges in the Byzantine high command and the introduction of Greek Fire.

Can you take the helm of the Syrian army and navy and storm the greatest citadel on earth, or will you instead prevent it and maintain Byzantium’s role as Christendom’s eastern march?

Bonus Game Inside!: This issue also features an extra game, Balck Friday. In the winter of 1942, German General Hermann Balck's 11th Panzer Division fought an amazing series of battles along the Chir River in response to the Soviet surprise attacks that surrounded Stalingrad.

On Christmas Day (a Friday that year), this single panzer division pretty much destroyed an entire Soviet tank army. And more. Explore each side's efforts with this complete game, focused on the Soviet Tatsinskaya Raid, a probe deep behind the porous German lines to knock out the airfield supporting the Stalingrad Pocket. With 100 die cut counters, a color 8.5” x 11” map and just 4 pages of rules, you'll be able to explore one facet of Balck's remarkable Chir River campaigns. 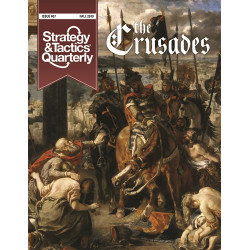 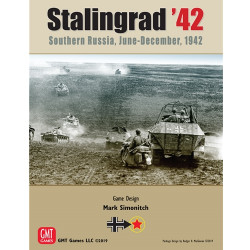 Stalingrad ‘42   is a division-level game on the Axis 1942 summer offensive towards Stalingrad and the Caucasus. 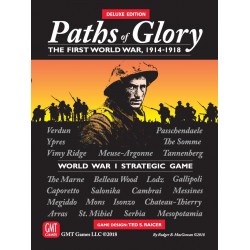 The mounted map from Paths of Glory deluxe edition 2019.