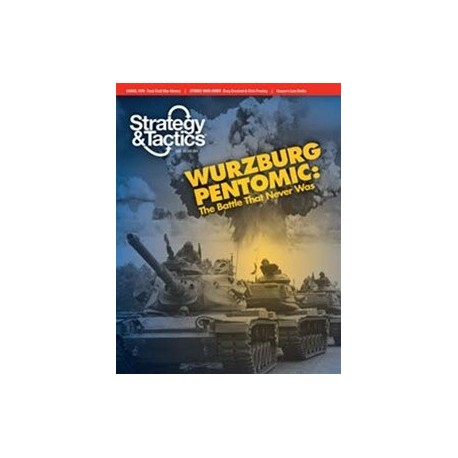 In this Strategy and Tactics magazine you will find historical articles and the wargame Wurzburg Pentomic with die cut counters.

Cold War Battles 2 (CWB2) presents a low-to-intermediate complexity  operational simulation of campaigns that were fought – or that could have been fought – during that long period of military history, 1946-1989. The playing pieces represent the actual units that participated, or could have participated, in those fights. The maps represent the terrain over which those units fought or could have fought. Two games are included: Kabul ’79 (K’79), covering the Soviet seizure of the Afghan capital in that year; and Wurzburg Pentomic (WP), the Soviets versus the US in Germany in the mid-to-late 1950s. There are two players in each game. In K’79 one player controls the Soviets and the other commands the Afghans plus optional ‘what-if’ US reinforcements. In WP one player controls the Soviets, the other runs US and West German forces. Both games use a main body of shared rules, and each also has its own special instructions. Designed by Joseph Miranda. 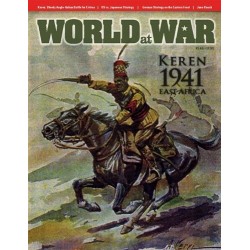 In this World at War magazine you will find historical articles and the wargame Keren 1941 with die cut counters.