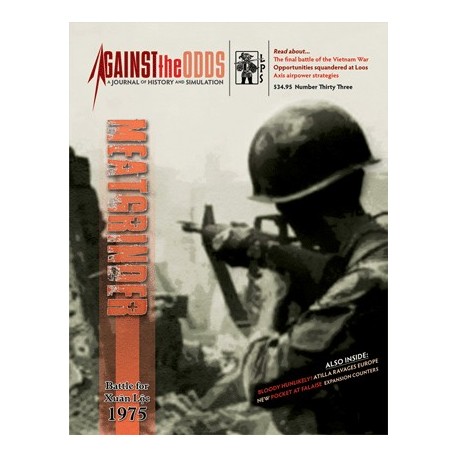 In this Against the Odds Magazine you will find historical articles and the wargame Meatgrinder with die cut counters and a plastic counter tray.

Two years after the last US troops left Vietnam, People's Army of Vietnam (PAVN) General Van Tien Dung launched Operation 275, a "limited" offensive designed to set up an attack on the provincial capital of Pleiko. Rapid collapse of South Vietnamese (ARVN) forces caused a change in plan, with PAVN forces quickly taking one city after another, pausing only before an attack on Saigon itself. Based on previous performance, when three full PAVN divisions, supported by tanks and ample artillery, attacked one depleted ARVN division at Xuan Loc, Dung expected a cake walk. What he got was a Meatgrinder instead.

For two bloody weeks, a division regarded as "unreliable" held back everything the PAVN could throw against them, inflicting heavy losses. No one, on either side, expected such heavy fighting. And hardly anyone thought that this would actually be "the last battle" of a 30 year conflict. It was.

Now, Against the Odds lets you refight this key moment in history, with Meatgrinder: Battle for Xuan Loc, 1975. The design uses a variable initiative system that keeps both sides uncertain, and features all the weapon systems that made this battle, and this period, so distinctive. The ARVN player employs cluster bombs, daisy cutters, M-48 tanks, and helicopters against seemingly overwhelming numbers of PAVN troops, artillery, and T-54 tanks. Leadership, close assaults, and airborne operations are also included...all the tools for attack and defense that made this a classic confrontation.

Bonus Items Included: All copies of this issue contain an extra solitaire game, Bloody Hunlikely! covering Atilla's rampage across Europe, plus a small expansion kit (rules and counters) for our earlier The Pocket at Falaise featured in ATO #27. Don't miss this one!

Meatgrinder and issue #33 of ATO: 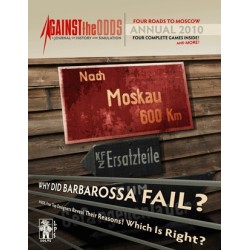 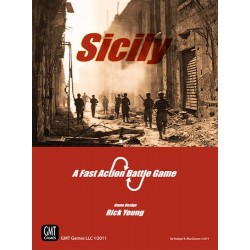 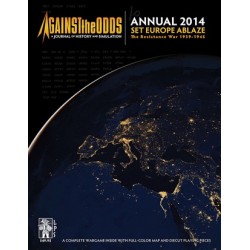 Set Europe Ablaze is the 2014 Annual, with an extra large magazine and a complete game, using large full-color, die-cut counters.