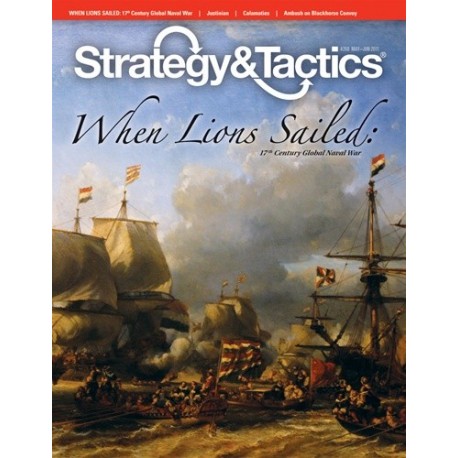 When Lions Sailed (WLS), designed by Joseph Miranda, is an intermediate-complexity wargame of global naval conflict in the 17th century. That era saw the beginning of a naval technology revolution that set the pace for Western expansion over the next two centuries. The game can be played by two, three or four, each representing a different nation: Netherlands, England, Spain and France.

Each game turn represents one year. Each operations phase represents several weeks of campaigning, depending on the overall tempo of operations at any given time. Each ship unit represents six to 12 vessels. Each regiment represents about 1,000 men. The game system is an evolution of the one used in our earlier games: 1066, Hannibal’s War, and Frederick’s War.

When Lions Sailed: 17th Century Global Naval War. Western civilization and empire expanded around the entire globe during this century. This is the story of the massive naval wars that resulted.
Calamities of World War II. The worst fiascos from a war that was full of them.
Russia’s Chechen War. From 1994 to 2000, Russia prosecuted a savage war of conquest and occupation in the breakaway Chechenya region.
Justinian Conquers & Ruins Italy. In 20 years of war aimed at bringing Italy back into the Byzantine Empire of the 6th century, all he did was wreck the whole country and help bring on the true “Dark Ages.”

Against the Odds 31 - Hungarian Nightmare... 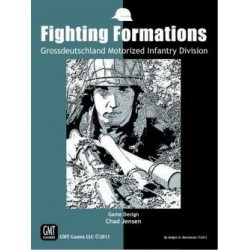