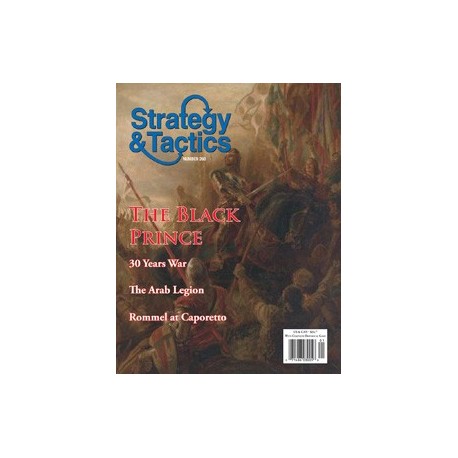 In this Strategy and Tactics magazine you will find historical articles and the wargame The Black Prince with die cut counters.

The diversity of doctrines, weapons, training methods and leadership in medieval armies was a function of the geographic and cultural diversity in which those armies originated. Consequently, many military systems developed along divergent lines until the time of the widespread use of gunpowder, which dominated Renaissance warfare. Black Prince: Crecy & Navarette (BP) reflects that diversity by simulating two battles, both of which represented a clash of distinct weapons and tactics.

Navarette is a simulation of the conflict between English and Castilian forces and their French allies near the Spanish village of Najera on 3 April 1347, during the Hundred Years War. The battle marked the culmination of the Black Prince’s campaign to overthrow the usurper Henry the Bastard and regain the throne of Castille for the rightful king, Pedro the Cruel. The scales are 50 yards per hex, 500 men per standard counter, 1,500 per double-length counter, and 20 minutes per game turn.

At Crecy, in 1346, the French knights in Philip’s army were the elite of the country, and felt themselves to be the epitome of chivalry. That led them to treat the foot soldiers of both sides with contempt. Thus, when charging, only English knights were worthy of their attention. Also, when their own archers faltered before the hail of English arrows, they saw them as cowards and traitors not worthy of being on the field. The scales here are 80 yards per hex, 400 to 500 men per standard counter, 1,200 per double-length counter, and 40 minutes per game turn.

Rules cover such things as: rout, plat armor, English longbows, crossbows, leadership and much more. The turn sequence for both games is as follows. 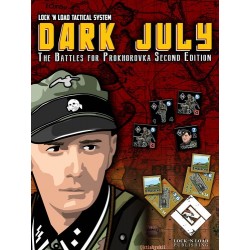 historical expansion for Heroes of the Motherland 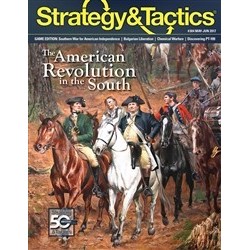 In this Strategy and Tactics magazine you will find historical articles and the wargame  The American Revolution in the South with die cut counters. 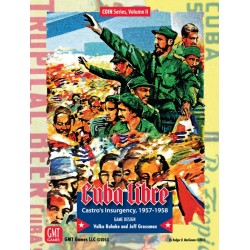 Following up on GMT Games’ Andean Abyss, the COIN Series next volume, Cuba Libre, takes 1 to 4 players into the Cuban Revolution.