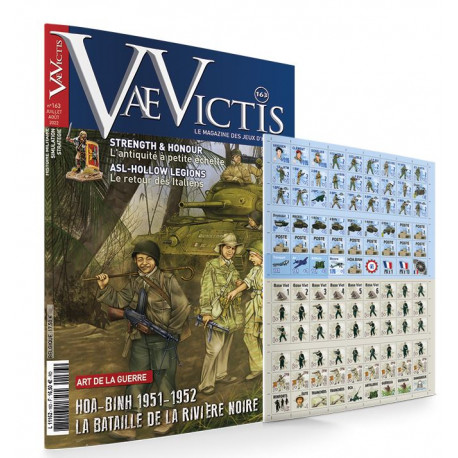 On 22 September 1951, the Viet Minh 312th Division crossed the Red River and attacked a Franco-Vietnamese garrison along the crest line of Nghia Lo, 140 km from Hanoï, on the Thai highlands between the Red River and the Black River. This action made it clear that Giap’s objective was to control the Tonkin delta in order to threaten Hanoï from the south. De Lattre decided to block him by launching a vast operation against his supply lines by occupying the Muong country in the Hoa Binh and Cho Ben sectors between the Da River and the Black River. After seizing Cho Ben (Operation Tulip), the French launched Operation Lotus to seize Hoa Binh.
Hoa Binh, the Battle of the Black River is a solo-player game simulating the combats around the Black River and Colonial Route #6 that occurred from 13 November 1951 to 25 February 1952. The counters mainly represent the French battalions or Viet Minh actions and one game turn represents ten days of operation. The map represents the region of the confluence of the Red River and the Black River in Tonkin, specifically from Viet Tri in the north to Hoa Binh in the south and the immediate surroundings of the Muong territories. 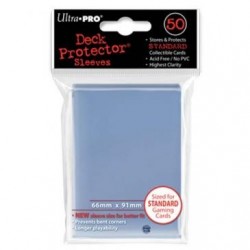 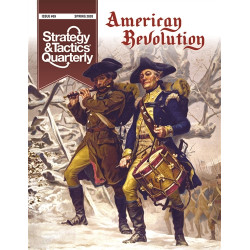 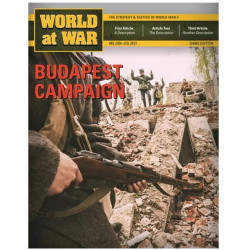