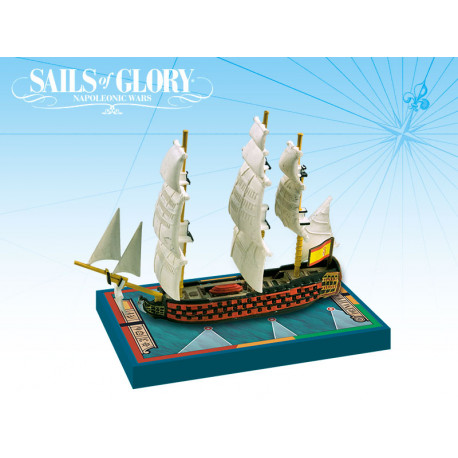 The Príncipe de Asturias was another of the Spanish three–deck 112–gun ship of the line, based on the Santa Ana design by Romero Landa. She fought with a British squadron on 14 February 1797 in the Battle of Cape St Vincent, with 10 killed and 19 wounded. At Trafalgar, the ship suffered 50 killed and 110 wounded. After the battle, she had to be towed by the French frigate Thémis and undergo major repairs in Cadiz. She returned to fight in the Peninsular War, capturing many French ships. She crossed the Atlantic to Havana with Santa Ana to avoid capture by the French. In 1814 she struck a rock and was scrapped three years later.

This ship pack can also be used to represent the Spanish Meregildos class “San Hermenegildo 1789.”