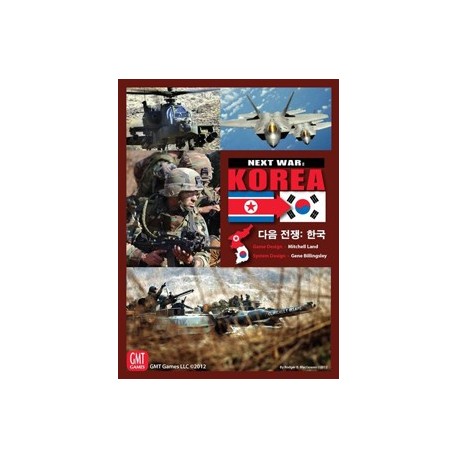 Next War: Korea, Game #1 in our Next War series, allows players to fight a near future war on the Korean peninsula. In this updated and improved version of the previously-released Crisis: Korea 1995, players have access to virtually all military assets of North and South Korea, as well as large forces from the USA and the PRC.

This reprint edition will include all known errata (including counters) as well as updated counters for the US (as printed in Next War: Taiwan), Chinese, Russian, and Japanese Orders of Battle. The map will change slightly as we bring both the bridging rules from Next War: India-Pakistan back to this game, which necessitates noting which hex sides can't be bridged, as well as defining Beaches and Invasion Hexes a la Next War: Taiwan, which actually takes us back to the original Crisis: Korea 1995 map. The Series Rules and Player Aid Cards will be brought up to the latest standards, and, of course, the Game Specific Rules will have to be changed to incorporate all of the above.

From Pyongyang in North Korea to Pusan in the South, the war rages. In a scene reminiscent of the first attack by the In Min Gun in 1950, the North Korean People’s Army surges across the Demilitarized Zone and penetrates deep into South Korea. Special Operations Forces from both sides conduct raids, interdiction, and reconnaissance missions behind enemy lines while airborne, air assault, and amphibious forces strike far behind those lines attempting to outflank the main army forces of both sides. In the air, both sides wage a heated campaign in an effort establish superiority over the skies of Korea. With rough terrain and the full ferocity of modern armor, airmobile, airborne, and marine warfighting capabilities, there is no safe haven in the lethal cauldron of battle which has engulfed the Korean Peninsula.

While North and South battle for a quick, decisive victory, the world awaits the response of the two military superpowers in the region: the United States of America and the People’s Republic of China. Will the United States, stung by high casualties among the soldiers of its 2nd Infantry Division near the DMZ during the surprise artillery barrages and initial assaults on the first day of the war, be able to reinforce the South quickly enough, and, if so, how and in what strength? Will the Communist Chinese again react to a massive US response and intervene, thus widening the conflict? As the situation evolves, choices are made, forces are committed, and the security of Japan and the future of the two Koreas hangs in the balance.

Next War: Korea, Game #1 in our Next War series, allows players to fight a near future war on the Korean peninsula. In this updated and improved version of the previously-released Crisis: Korea 1995, players have access to virtually all military assets of North and South Korea, as well as large forces from the USA and the PRC. The integrated, easy to learn air-land combat system allows for unit efficiency, armor effects, light infantry, attack helicopters, Close Air Support, Cruise Missiles, and the particularly tough terrain of Korea.
Make no mistake: Next War: Korea is not an Introductory wargame. Rather, we have intended herein to create a system (and a series) that will allow detailed study of modern warfare in various venues as well as engaging gameplay. That said, the Standard Game rules encompass a fairly straightforward ruleset that will, we think, be considered pretty "easy to learn" by experienced wargamers. So players who choose to play Standard Game scenarios can have a relatively quick game when that's what suits them. The real flavor of a war in the theatre, though, comes through in the Advanced Game, where you get much more control over airpower and can more clearly see each side's strengths and weaknesses. For players who want a "mini-monster game" experience, playing the Advanced Game Campaign Scenarios with some or all of the optional rules will definitely "deliver."
.
Trustpilot
Comments (0)
No customer reviews for the moment. 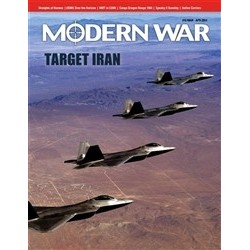 in this Modern War magazine you will find modern Warfare articles and the wargame Target Iran with die cut counters. 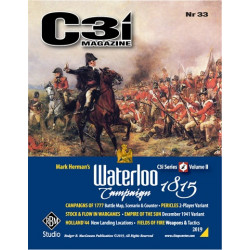 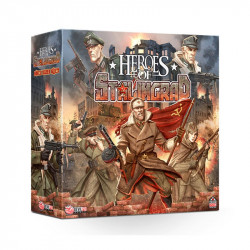