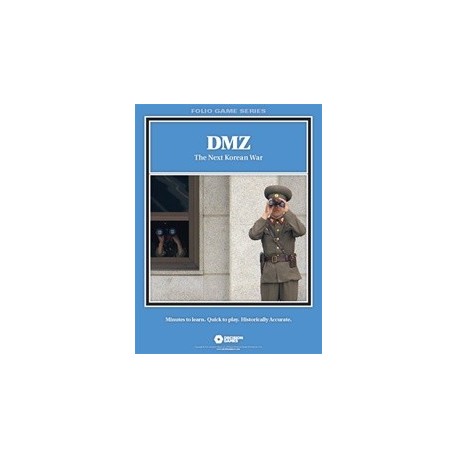 Folio Serie Games are designed for quick learning, easy play, and are a great value. They are perfect for a new gamer starting out as well as a great break for veteran gamers

Technically speaking, the Korean War has remained active since the cease-fire agreement of 1953: the belligerents have never actually ratified a final peace accord. Since 1953, the Korean peninsula has remained devoid of open war, though only South Korea has prospered during that time. In contrast, North Korea has become isolated, bankrupt and confrontational. Indeed, as the North Korean economy continues to implode, and more starvation ensues, it’s conceivable a desperate North Korea could resort to war to try to avoid its own final collapse.

DMZ utilizes the new Fire & Movement combat system that’s designed so players can augment their units with “support fire” during the course of the turns. From artillery to helicopter gunships, units can receive support to engage enemy positions and formations, allowing combat to develop at all levels. A single armor brigade, for example — perhaps with close air support — could be tasked to assault a lone enemy infantry corps defending an airbase. As that attack gets underway, that armor brigade may find itself under fire from rocket batteries; more support fire will be necessary to take the airbase, but assets are limited.

In DMZ, the attritional design of the new Combat Results Table simulates the true nature of modern warfare. Units are typically two-sided formations that can incur casualties, accurately replicating the realities of combat and the high losses likely to be sustained by both sides during another Korean War. Winning a battle is thus a matter of maneuver, firepower and asset management 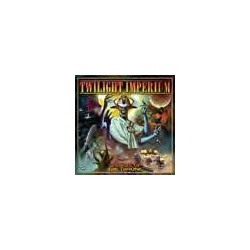 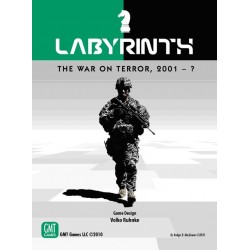 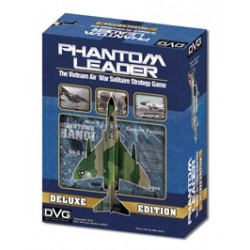 This Phantom Leader Deluxe edition is an expanded and updated game to the high standard set by the Hornet Leader game.