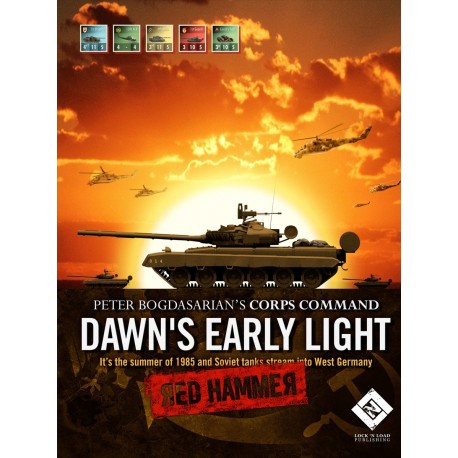 The Soviet First Tank Army crosses the border into Germany and strikes into the Eisenbach Gap, seeking to rip open the belly of NATO's defenses. American and German troops scramble from their bases to try and delay the Soviets, for if they get through they would drive all the way to the Rhine. Over two thousand tanks will meet in the decisive engagement of the war.

Soviet tanks thrust toward the vital crossroads of Gerzenburg. Blocking the Soviets' way are the battered remnants of a West German-American task force. Will they be enough to stop the Soviet juggernaut?

Now you command Soviet and NATO forces during the first battles of the Third World War. Seven scenarios give you the opportunity to explore the desperate fighting in the Eisenbach Gap and Gerzenburg, while the new asset-chit system lets you direct airstrikes, artillery, chemical weapons and gunships to achieve your vicories.